The NC Attack is a spring/summer travel basketball team consisting of 9th-12th grade girls from the Triangle & surrounding areas. Created by Coach Z in 2013, the NC Attack has traveled extensively to give players an opportunity to demonstrate their basketball talents to college coaches all over the country.  With an emphasis on skill development, fast paced basketball, high academic and character players, the NC Attack has quickly earned the reputation as one of the best spring/summer travel teams in North Carolina.

​Listed below are former NC Attack players that have gone on to play at the college level:​​ 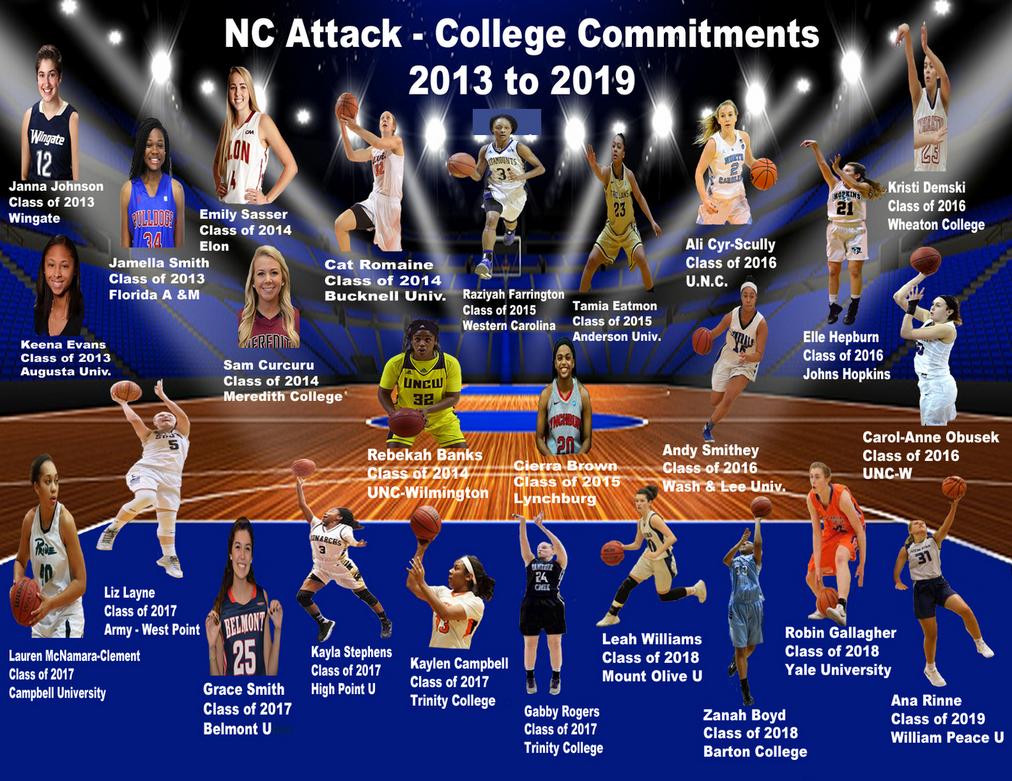